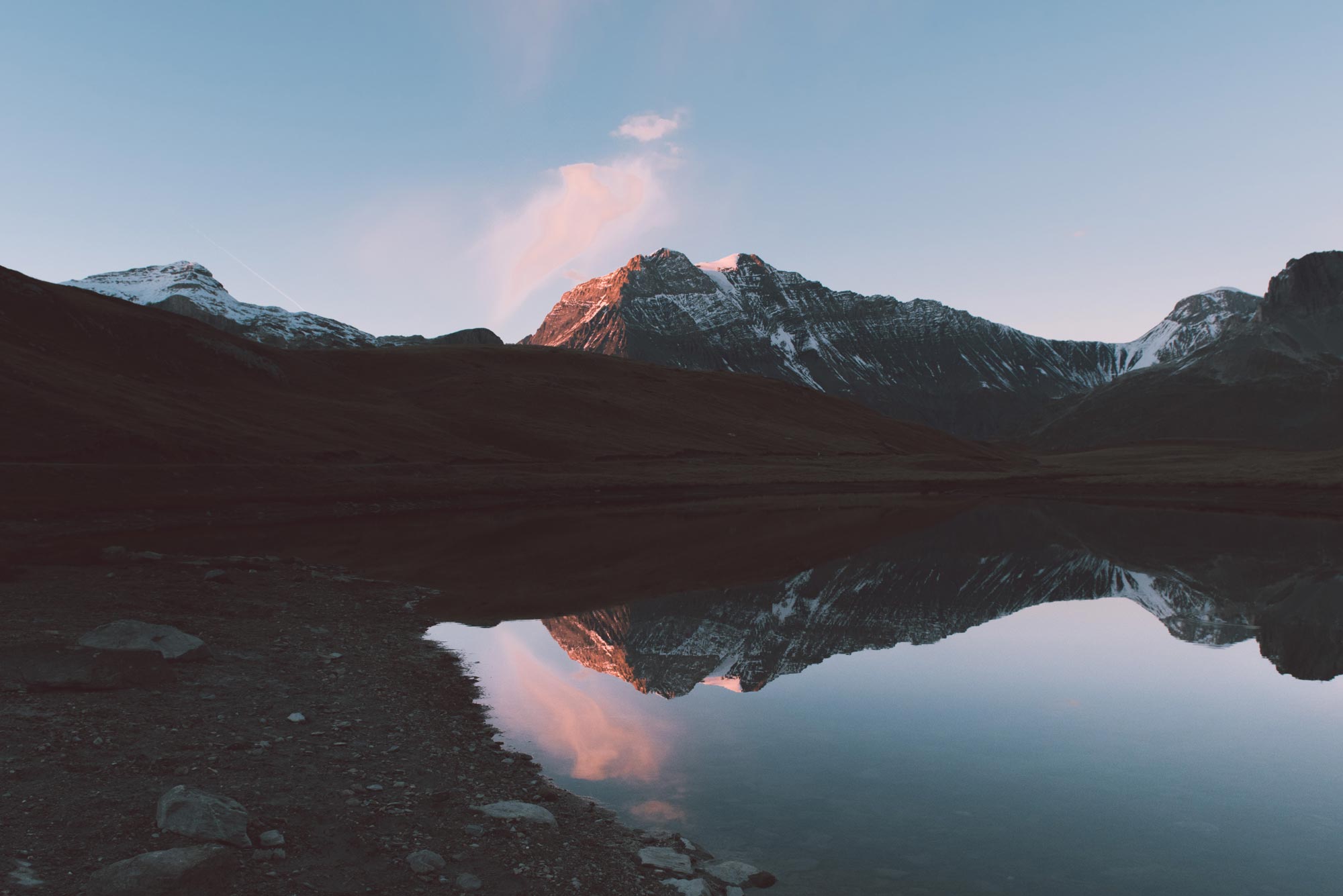 It’s safe to say that no mental disorder is more shrouded in mystery, misunderstanding and fear than schizophrenia. “The modern-day equivalent of leprosy” is how renowned research psychiatrist E. Fuller Torrey, M.D., refers to schizophrenia in his excellent book, Surviving Schizophrenia: A Manual for Families, Patients, and Providers.

While 85 percent of Americans recognize that schizophrenia is a disorder, only 24 percent are actually familiar with it. And according to a 2008 survey by the National Alliance on Mental Illness (NAMI), 64 percent can’t recognize its symptoms or think the symptoms include a “split” or multiple personalities. (They don’t.)

Aside from ignorance, images of the aggressive, sadistic “schizophrenic” are plentiful in the media. Such stereotypes only further the stigma and quash any shred of sympathy for individuals with this illness, writes Dr. Torrey. Stigma has a slew of negative consequences. It’s been associated with reduced housing and employment opportunities, diminished quality of life, low self-esteem and more symptoms and stress (see Penn, Chamberlin & Mueser, 2003).

So it’s bad enough that people with schizophrenia are afflicted with a terrible disease. But they also have to deal with the confusion, fear and disgust of others. Whether your loved one has schizophrenia or you’d like to learn more, gaining a better understanding of it helps demystify the disease and is a huge help to those who suffer from it.

Below are some pervasive myths — followed by actual facts — regarding schizophrenia.

1. Individuals with schizophrenia all have the same symptoms.

For starters, there are different types of schizophrenia. Even individuals diagnosed with the same subtype of schizophrenia often look very different. Schizophrenia is “a huge, huge range of people and problems,” said Robert E. Drake, M.D., Ph.D, professor of psychiatry and of community and family medicine at Dartmouth Medical School.

Part of the reason that schizophrenia is so mysterious is because we’re unable to put ourselves in the shoes of someone with the disorder. It’s simply hard to imagine what having schizophrenia would be like. Everyone experiences sadness, anxiety and anger, but schizophrenia seems so out of our realm of feeling and understanding.

2. People with schizophrenia are dangerous, unpredictable and out of control.

“When their illness is treated with medication and psychosocial interventions, individuals with schizophrenia are no more violent than the general population,” said Dawn I. Velligan, Ph.D, professor and co-director of the Division of Schizophrenia and Related Disorders at the Department of Psychiatry, UT Health Science Center at San Antonio. Also, “People with schizophrenia more often tend to be victims rather than perpetrators of violence although untreated mental illness and substance abuse often increase the risk of aggressive behavior,” said Irene S. Levine, Ph.D, psychologist and co-author of Schizophrenia for Dummies.

3. Schizophrenia is a character flaw.

4. Cognitive decline is a major symptom of schizophrenia.

The public and clinicians alike view psychosis as categorical — you’re either psychotic or you’re not — instead of symptoms residing on a continuum, said Demian Rose, M.D., Ph.D, medical director of the University of California, San Francisco PART Program and director of the UCSF Early Psychosis Clinic. For instance, most people will agree that individuals aren’t simply depressed or happy. There are gradients of depression, from mild one-day melancholy to deep, crippling clinical depression. Similarly, schizophrenia symptoms are not fundamentally different brain processes, but lie on a continuum with normal cognitive processes, Dr. Rose said. Auditory hallucinations may seem extraordinarily different but how often have you had a song stuck in your head that you can hear pretty clearly?

“It’s quite rare to have a big drop in functioning,” Dr. Rose said. Schizophrenia tends to develop slowly. Initial signs often show during adolescence. These signs typically include school, social and work decline, difficulties managing relationships and problems with organizing information, he said. Again, symptoms lie on a continuum. In schizophrenia’s beginning stages, an individual may not hear voices. Instead, he may hear whispers, which he can’t make out. This “prodromal” period — before the onset of schizophrenia — is the perfect time to intervene and seek treatment.

“Studies have shown that in pairs of identical twins (who share an identical genome) the prevalence of developing the illness is 48 percent,” said Sandra De Silva, Ph.D, psychosocial treatment co-director and outreach director at the Staglin Music Festival Center for the Assessment and Prevention of Prodromal States (CAPPS) at UCLA, departments of psychology and psychiatry. Because other factors are involved, it’s possible to reduce the risk of developing the illness, she added. There are various prodromal programs that focus on helping at-risk adolescents and adults.

Along with genetics, research has shown that stress and family environment can play a big role in increasing a person’s susceptibility to psychosis. “While we can’t change genetic vulnerability, we can reduce the amount of stress in someone’s life, build coping skills to improve the way we respond to stress, and create a protective low-key, calm family environment without a lot of conflict and tension in hopes of reducing the risk of illness progression,” De Sliva said.

“While schizophrenia is not curable, it is an eminently treatable and manageable chronic illness, just like diabetes or heart disease,” Levine said. The key is to get the right treatment for your needs. See Living with Schizophrenia here for details.

9. Sufferers need to be hospitalized.

Most individuals with schizophrenia “do well living in the community with outpatient treatment,” Velligan said. Again, the key is the right treatment and adhering to that treatment, especially taking medication as prescribed.

“Many individuals can lead happy and productive lives,” Velligan said. In a 10-year study of 130 individuals with schizophrenia and substance abuse — which co-occurs in nearly 50 percent of patients — from the New Hampshire Dual Diagnosis Study, many gained control over both disorders, reducing their episodes of hospitalization and homelessness, living on their own and achieving a better quality of life (Drake, McHugo, Xie, Fox, Packard & Helmstetter, 2006). Specifically, “62.7 percent were controlling symptoms of schizophrenia; 62.5 percent were actively attaining remissions from substance abuse; 56.8 percent were in independent living situations; 41.4 percent were competitively employed; 48.9 percent had regular social contacts with non–substance abusers; and 58.3 percent expressed overall life satisfaction.”

When we think of antipsychotic medication for schizophrenia, we automatically think of adjectives like lethargic, listless, uninterested and vacant. Many believe medication causes these sorts of symptoms. However, most often these symptoms are either from schizophrenia itself or because of overmedication. Zombie-like reactions are “relatively minor, compared with the number of patients who have never been given an adequate trial of available medications,” according to Dr. Torrey in Surviving Schizophrenia.

12. Antipsychotic medications are worse than the illness itself.

Medication is the mainstay of schizophrenia treatment. Antipsychotic medications effectively reduce hallucinations, delusions, confusing thoughts and bizarre behaviors. These agents can have severe side effects and can be fatal, but this is rare. “Antipsychotic drugs, as a group, are one of the safest groups of drugs in common use and are the greatest advance in the treatment of schizophrenia that has occurred to date,” Dr. Torrey writes.

Unlike dementia, which worsens over time or doesn’t improve, schizophrenia seems to be a problem that’s reversible, Dr. Rose said. There’s no line that once it’s crossed signifies that there’s no hope for a person with schizophrenia, he added.